I previously wrote an article about the use of bait boats for carp fishing and the controversy surrounding them. The use of fish finders and sonar devices falls very much in the same category with many anglers seeing them as “cheating”.

During that bait boat discussion, I stated that I am very much a fan of and will use a bait boat where permitted and suitable.

I am in the same position when it comes to my sonar device. In fact, I’ve come to view my sonar as one of the most valuable pieces of kit that I own.

However, I do not and have never actually used it as a fish finder. For me, its usefulness as an asset is as a feature finder, depth gauge and to get an idea of water temperature. 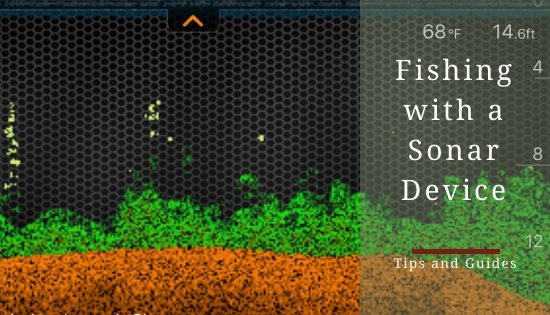 My Recommended Carp Fishing Sonar and How I Use It

There are a few sonars, also referred to as “fish-finders”, available on the market and they can come in at rather varied price ranges. Of course, the higher-priced devices come with more features but they are not all required for carp angling.

At present, my preferred sonar weapon of choice and one I’ve used successfully for a while now is the Deeper Pro+. 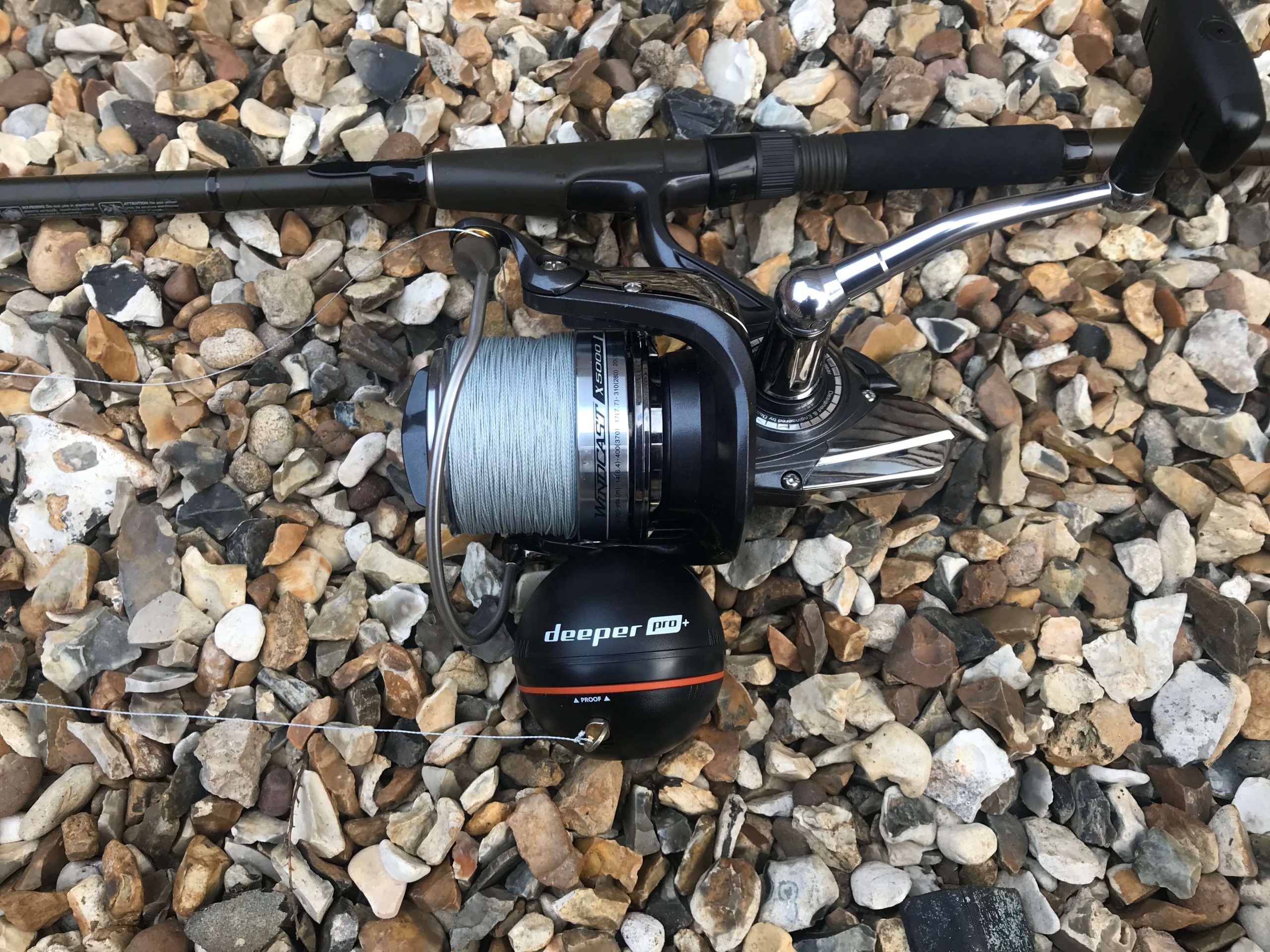 My Deeper Pro+ and Marker Rod Set Up

It has been an absolute revelation for me when fishing a new water. Even more-so than my marker rod and lead.

The device itself weighs only 3oz so can be easily cast into the lake with a standard carp rod set up. The Deeper Pro+ is a small, compact, castable sonar that comes full of useful features.

So is using a sonar fish finder cheating? I can hear all the so called old school carpers and purists screaming in disgust “yes it is”.

I have mentioned multiple times in previous articles that I am more than happy to fish both “old school” or to take advantage of all the technical pieces of equipment that modern day carp fishing has to offer. Yes, it is sometimes nice to go out and fish with minimal gadgets and technology but discarding all modern advances in angling would be downright disadvantageous.

At the end of the day, I’m on the bank to do what I enjoy: catch carp. I’ll use any piece of gear, as long as the fishery permits its use, to help me catch more carp. Like most of you, I’m not a professional angler and I often have limited time to fish and using devices like the sonar can help to get the most results out of the time I do have.

How Does a Sonar Work and How Can it Help Catch Carp?

Like I’ve already mentioned, I use my sonar mainly as a feature-finder and depth-gauge. It requires no upgraded equipment; a rod and reel capable of chucking a 3oz lead out is more than capable and is something I would imagine most carp anglers already own.

Features and how you use them will vary between devices but the Deeper Pro+ is very simple to connect to any Android, IOS mobile phone or tablet.

Once in the water, I’m able to see a complete layout of the bed of the lake including the depth, temperature and any features that lay below. Having this feature to hand for me is a far more accurate, quicker and less intrusive than the more traditional methods of mapping out a swim.

Once the sonar device is cast out, it’s simply a matter of a slow retrieve and viewing what is relayed back to your device.  You’ll be able to see what type of lake bed you’re fishing over, any rises, drop-offs, holes, plateaus and the depth all in real-time.

In addition, you’ll also clearly see any thick weed beds, which is handy if you are an angler that is keen to avoid the weed.

It also has a handy feature that allows you to create maps of waters that you have  investigated with your sonar. This is a useful tool to have as provides a quick reference point to return to when you fish the same water again.

Just to round of this mini review, I thought it would be worth mentioning that the Deeper Pro+ does include 2 other modes: a boat mode and an ice fishing mode. Of course, the ice-fishing will probably not be much of a benefit to many UK anglers but the boat mode may be of some use.

As you can tell, I’m very keen on the Deeper Pro+ so I would definitely recommend purchasing one if you have the budget for it. However, I know that some may not see the benefit of spending almost £200 on one so I wanted to mention a cheaper alternative as well.

The iBobber castable bluetooth fish finder is a sonar very similar in design and function to the Deeper but at a lower price. 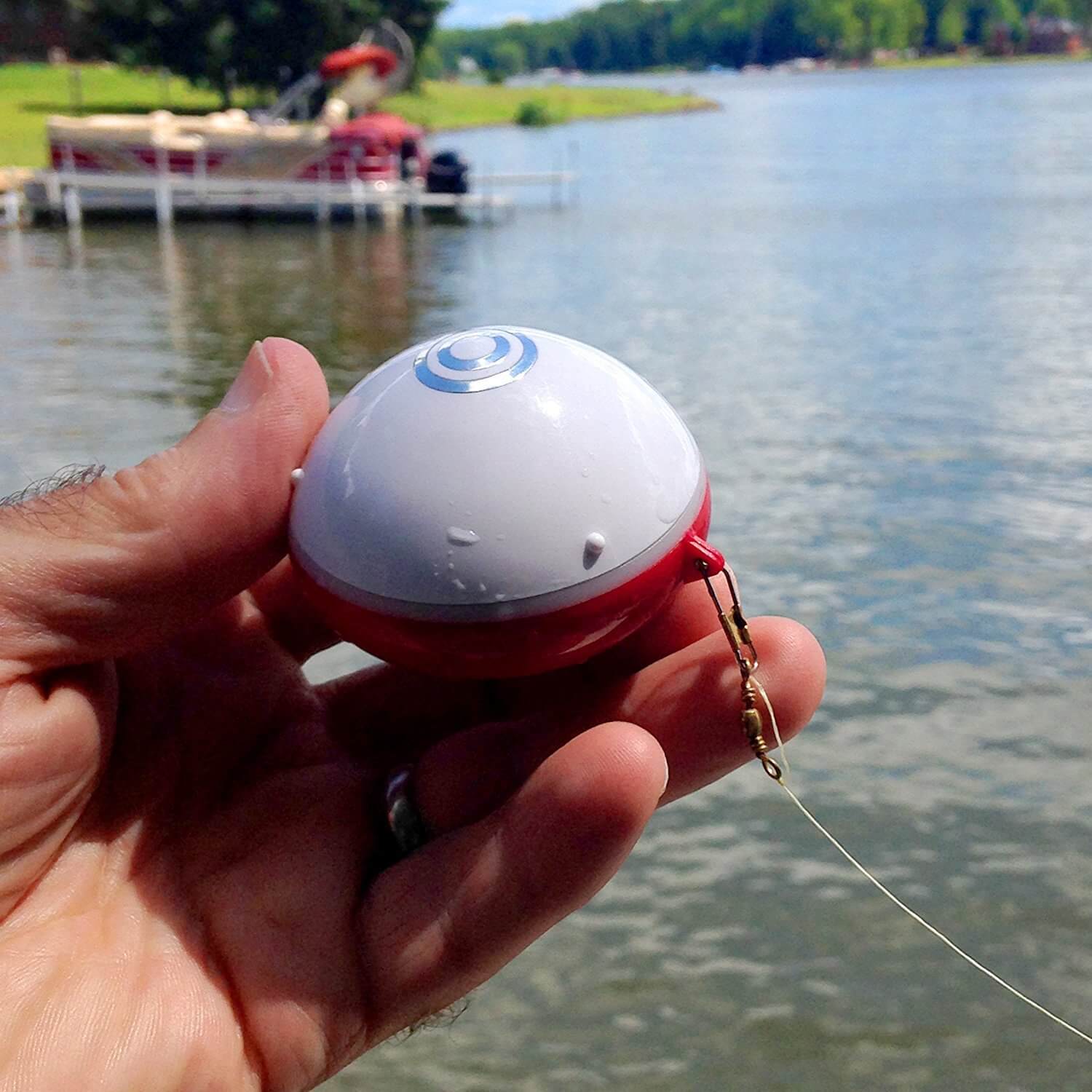 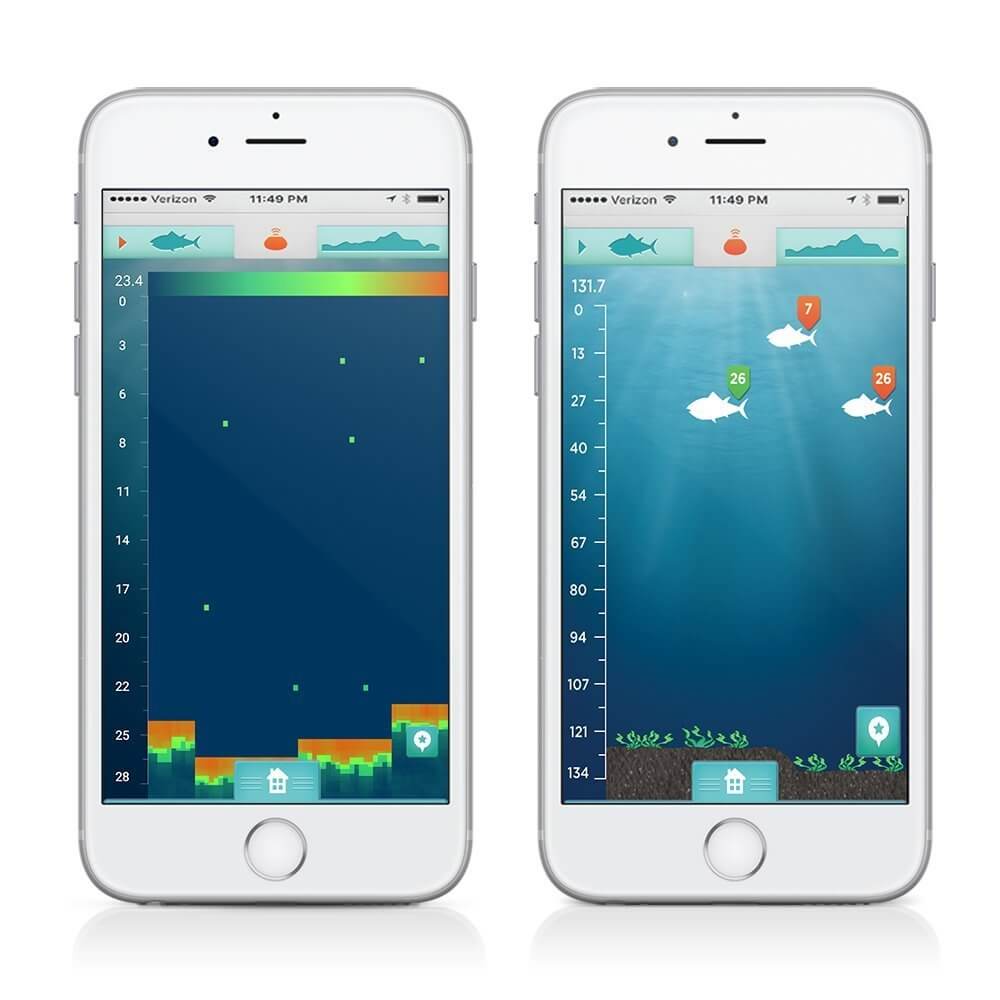 Click here to View the iBobber Sonar on Amazon

Although similar in design and function, there is, as you would expect, a sacrifice for the lower price tag. The iBobber’s feature list and specs is not quite as high-end as the Deeper Pro+.

I’ve also noted some customer reviews stating that there is communication and connectivity problems between the iBobber and the receiving device at longer distances.

With that being said, for the price and if you are not fishing at huge distances, the iBobber will certainly do a job for you.

The sonar devices mentioned above are brilliant for giving you an idea of the kind of lakebed you’re fishing over. The one thing they do not do is provide actual photographs of the bed. For this reason, I thought it would be worthwhile to include a small section on an ingenious little device that you can use alongside a sonar to give you even more knowledge of your swim: 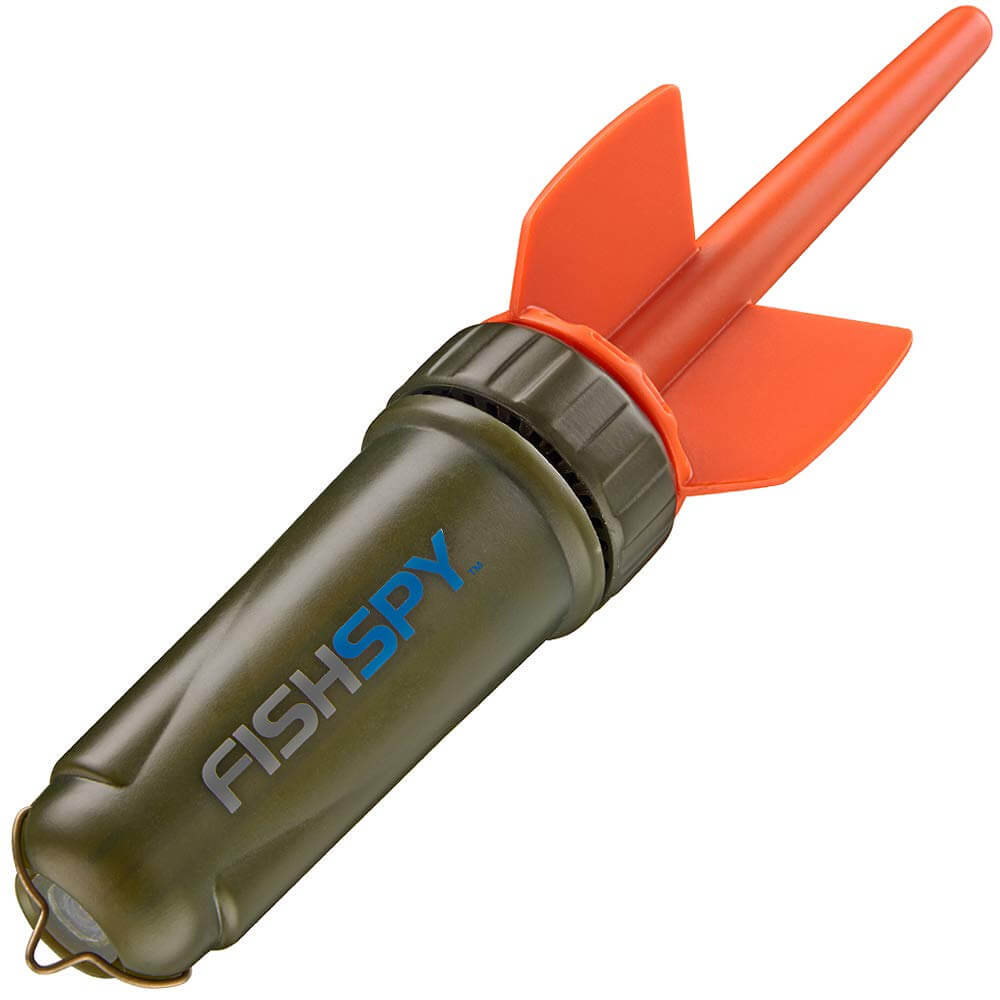 The Fishspy camera has 2 camera modes: 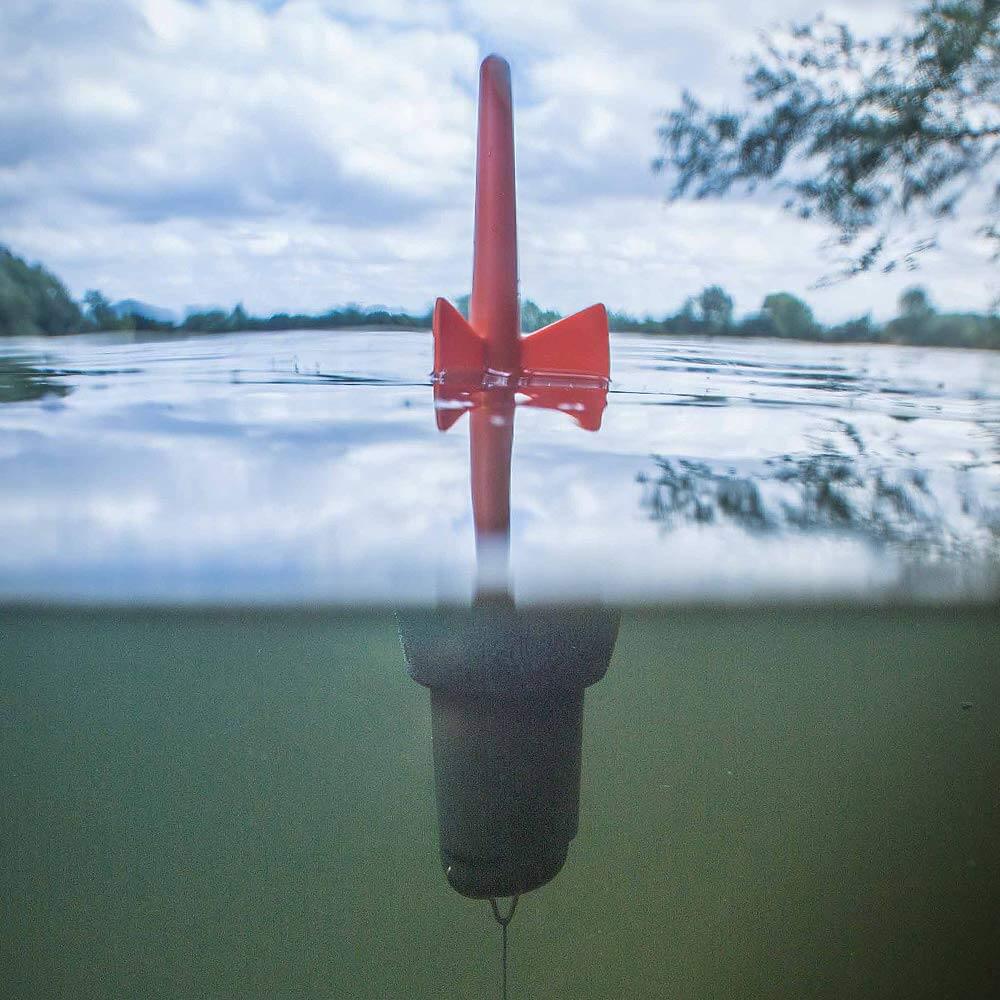 With this little piece of equipment you actually get a real time picture of your lake bed, which will be particularly useful as you can also use it to view your bait and rig presentation.

Being able to actually see how your bait and rig is presented on the lake bed from the bank is something that has never been possible before and could prove to be a massive edge for your fishing.

As I’ve mentioned using a sonar alongside the Fishspy marker float camera is a real powerhouse of a combination. If you have the extra cash for, I believe it to be a worthy investment in your angling.

Just in case you’re unable to splash out on both, if I had to only purchase one of the 2 types of device, I would opt for a sonar (Deeper Pro+ is my top choice) before the Fishspy camera since it provides more features and a greater overview of the lakebed.

Check out some of the carp gear articles I've written on similar topics:

1 thought on “Using a Sonar Fish Finder for Carp Fishing” 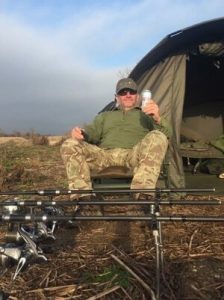 I’m Lee, the main contributor here at Carp Base. I have fished on and off for almost 45 years this included course fishing, sea fishing and fly fishing.

But my real passion and one I have always loved is carp fishing.

Even though I’m always learning about the sport, I feel I’ve gained a fair bit of experience and knowledge over the years, which is the reason for creating Carp Base; I aim to share what I’ve learnt to help other carp anglers via Carp Base.

CarpBase.co.uk is a participant in the Amazon Services LLC Associates Program, an affiliate advertising program designed to provide a means for sites to earn advertising fees by advertising and linking to Amazon.com.

*Amazon and the Amazon logo are trademarks of Amazon.com, Inc., or its affiliates.

Additionally, CarpBase.co.uk participates in various other affiliate programs and we may get a commission through purchases made through our links.